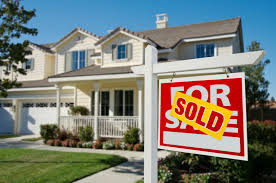 The median net worth of Canadian families rose to $295,100 in 2016, a jump of nearly 15 per cent from four years ago, mostly due to an increasing value of homes, Statistics Canada reports.

Statistics Canada released its Survey of Financial Security Thursday, the first time since 2012 the data agency has offered a comprehensive look at the financial health of Canadians.

The agency defined net worth as the amount of money they would be left with if a family sold all its assets and paid off all its debts. Any family of two or more persons was considered a “family.” Unattached individuals were also included.

The survey found that housing was typically both the largest asset and the largest debt for Canadians.

Differences in the value of homes accounted for most of the provincial differences in net worth. The median value of principal residences in B.C. was $550,000 in 2016 -- the highest value in the country.

Private pensions were the second-largest asset category, accounting for 29.2 per cent of assets -- up 17.7 per cent from 2012. The majority of this growth came from employer-sponsored registered pension plans (EPPs.)

Other real estate such as cottages, rental properties and other commercial properties represented 10 per cent of total assets. Just under one-fifth of Canadians owned these types of properties in 2016.