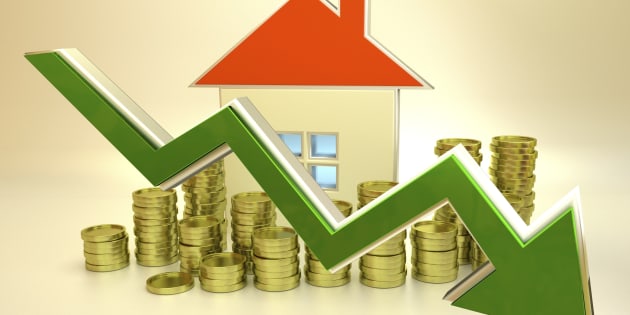 A majority of Canada's major cities will see falling single-family home prices over the next five years, including slight price declines in once-hot Vancouver, according to a forecast from Moody's Analytics.

But that won't include Toronto. Despite the city's detached homes being 60 per cent overvalued, a shortage of supply and an influx of wealth into the region will mean prices in Canada's largest city will continue to grow, though at a slower pace, the risk analysis firm predicted.

While Calgary, Montreal and Vancouver will experience slightly falling house prices over the next five years, cities such as Edmonton, Quebec City, Regina, Saskatoon and Winnipeg are expected to see more significant declines in single-family home prices, the forecast stated.

Prices will likely experience "a sharp change in momentum, especially if speculative home purchases in Toronto and Vancouver are reduced or shut down," wrote Moody's Analytics director Andres Carbacho-Burgos.

Interest rates have started to rise; the federal government has introduced tougher new standards for insured mortgage lending, and more tough mortgage rules may be on the way; and British Columbia and Ontario have slapped taxes on foreign homebuyers.

All this, coupled with the fact that affordability is near record lows, will keep Canada's housing market in a state of "retrenchment" for several years, Carbacho-Burgos wrote.

How different markets react to the new reality will differ widely, the report states.

Despite a steep drop in the average price since Ontario's new housing rules came into effect in April, Toronto and surrounding cities will continue to see house-price growth over the next five years, Carbacho-Burgos predicted.

But at an annual growth rate of 7.7 per cent, it will be considerably slower than the double-digit price growth seen in recent years.

The area has seen population growth that is faster than the national average for some years now, and housing supply has not kept up, the Moody's report noted.

Carbacho-Burgos estimated that Toronto house prices are overvalued by 60 per cent compared to the long-run trend, while in Vancouver they are about 50-per-cent overvalued.

But unlike Toronto, Vancouver will see slight price declines over the next five years, falling an average of 0.3 per cent per year.

Montreal will experience outright house-price declines, thanks to "slower demographics" than in other Canadian cities, the report predicted.

The forecast sees an absolute housing bust in St. John's, Nfld., predicting detached house prices there will fall by more than six per cent per year, between now and 2022.